5 NBA Basketball Players Who Use CBD CBD is the perfect product for every baller out there. Here are 5 NBA basketball players who use and advocate for CBD products!

The National Basketball Association is one of the most popular sports organizations in the world, with massive fan bases that span across the world. NBA athletes are expected to please the masses every night, which often means putting their own bodies on the line for the sake of the sport. As a result, CBD has quietly become a popular item among basketball players, with countless ex-professional players raving about the compound.

Here are 5 NBA basketball players whose love for CBD has been expressed to the fullest extent:

Al Harrington can be considered what is referred to in sports as a “journeyman.” Over the course of his 16-year professional basketball career, Harrington played for seven different teams, including the Knicks, Warriors and Pacers. Out of those 16 seasons, he managed to reach the playoffs 7 times, and he was a crucial offensive asset for each of the teams that he played for. He was one of the first players to go straight from high school to the NBA, after being drafted out of St. Patrick’s High School in Jersey in the 1998 Draft. Once he retired from the NBA, he found his basketball career revived as a member of the Big 3 basketball organization. He played a major part in Trilogy’s title run, and has managed to maintain top-10 numbers in the league.

In addition to reigniting his basketball career, Harrington has taken a liking to “CBD for athletes” advocacy. In 2011, Harrington was sidelined and suffering from a botched knee surgery while playing for the Denver Nuggets. At this time, he was introduced to CBD products, which he quickly became interested in. Learning about CBD only worked to grow and strengthen his appreciation for the compound. He now owns a full-fledged cannabis company that’s named after his grandmother, as well as a CBD company named after him and aimed toward use by athletes.

Known by his nickname, “Monster Mash,” Jamal Mashburn was a prolific scorer whose abilities on the court allowed him to have a fairly long professional basketball career. Jamal’s success came before he even arrived in the pros. In three years at the University of Kentucky, one of the country’s most prestigious college basketball programs, he established himself as a future star. While he may not have become a perennial all star as many had predicted, no team could truly have been upset with the level of play that he brought each and every night. He averaged 19.1 points per game over an 11-year career, and over the same span of time, he made an all-star appearance, the 1993-94 All-Rookie team and the 2003-04 All-NBA team. With the exception of a lull in the middle years of his career, Mashburn averaged 20 or more points for most of his time in the league.

In more recent years, the former NBA player has turned his interests toward corporate America. He is a successful franchisee of Papa John’s Pizza, and he has run multiple Toyota and Lexus dealerships. His interests are now turning more toward the CBD industry, which was made clear by his acceptance of a board position for a prominent cannabis health and wellness company. The hope is that Mashburn’s presence and wealth of knowledge on professional athletes will get more ex-pros to hop onto the CBD advocacy train. He believes that athletes are going to lean toward CBD in greater numbers soon, which would greatly benefit the industry at large. Lamar Odom is one of the most prominent sixth men that the NBA has seen in the past couple of decades. While never a massive scoring threat − at most, he averaged 17.2 points per game − he was a master facilitator that excelled in areas that aren’t statistically measured. Standing at 6’10”, the big man had versatility that allowed him to play both power and small forward, as well as center if necessary. He kept his 2nd unit teammates energized with his tireless play, and he worked hard to ensure that opposing teams never had the chance to go on big runs. Over 13 years, he averaged 13 points, 8 rebounds and 3.7 assists per game, on top of 46% FG and 69% FT. He was placed on the All-Rookie team in 1999, won 2 Finals championships with the Los Angeles Lakers and was given the Sixth Man of the Year award for the 2010-11 season.

If you already knew who Lamar was before reading this list, then you know the amount of turmoil that has plagued his post-NBA life. The perennial sixth man has certainly seen major highs and lows in the years following his NBA career, and thankfully he appears to be following a predominantly uphill progression at the moment. Lamar has credited CBD with being a positive factor in his life, likely because of the compound’s ability to improve your quality of life. He has released his own line of CBD vape pens, and it appears that the sky could be the limit for the Candy Man’s involvement in the CBD industry!

Richard Francis Dennis Barry III is one of the most famous Golden State Warriors players of all time, and he’s also the only player on this list who split his professional career between the NBA and the ABA, which would later merge with the NBA to establish a single league. In both basketball associations, Barry dominated his competition, displaying his unique, effective style of play. He was an absolute scoring machine, averaging over 20 points per game in 12 of his 14 years as a pro and peaking at 35.6 points per game in the 1966-67 ABA season. He has a vast collection of accolades, including being a 12-time all-star, 6-time All-NBA, 4-time All-ABA, NBA champ and Finals MVP. Oh, yeah, he was also elected to the NBA Hall of Fame, which is pretty cool, I guess.

Rick Barry is like many other ex-professional basketball players, in that he has now turned his attention to advocating for CBD use. He is an avid believer in the goodness of CBD, and was one of the premier athletes to push for the broad legalization of CBD products. He has spoken in favor of CBD at multiple events, including the 2017 O’Cannabiz Cannabis Expo in Toronto. It’s possible that more hall of fame NBA stars are in the same boat as Barry and believe in the quality of life attributes of the compound, and there’s a chance that they will follow suit, adding to CBD’s growing list of athletic supporters. 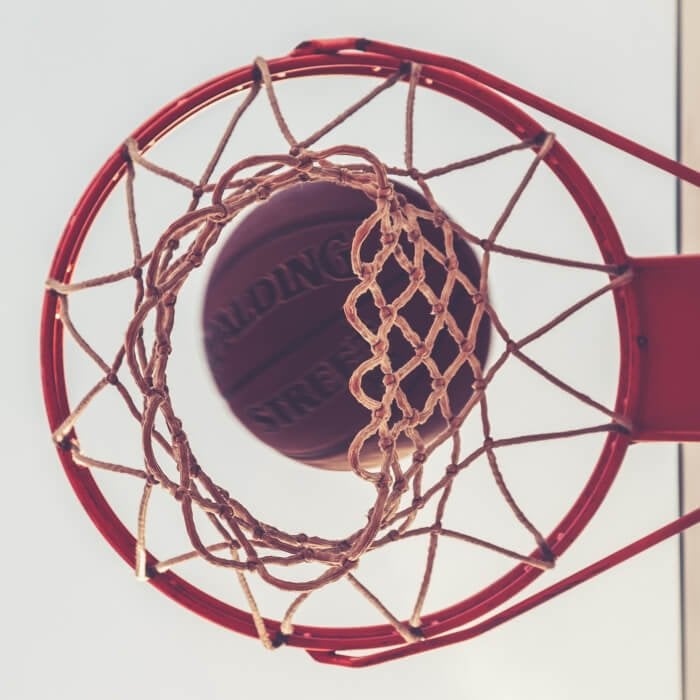 Known by Boston Celtics fans as “The Truth” and by all other NBA fans as the guy who potentially pooped his pants during the 2007-08 NBA Finals, Paul Pierce is one of the most prevalent Celtics players in recent history. He played with the Celtics for 15 of his 19 years in the league, averaging about 22 points, 6 rebounds and 4 assists per game over that span of time. While his early Celtic years were a struggle − inadequate teammates nullified his All-Rookie standing and five of his all-star appearances − he was joined by Kevin Garnett and Ray Allen in his later years. This big three, along with a primetime Rajon Rondo and a surprisingly energetic Kendrick Perkins, would go on to win the 2007-08 NBA Finals championship, with Pierce taking home the Finals MVP award. Pierce will likely never be forgotten for his loyalty to Boston and his position as one of Kobe Bryant’s most promising underlings.

Along with being something of an iron man on the basketball court, Pierce has shown immense support for the CBD industry. He has vaped CBD for years, citing a nightclub attack, in which he was stabbed 11 times and almost died, as one of the main reasons. He believes that the NBA should allow players to use CBD, and he thinks that many people still carry misconceptions surrounding CBD and the effects of cannabis in general. He is releasing his own line of CBD vape pens and will likely continue advocating for wider acceptance of the compound.