5 NHL Hockey Players Who Use CBD 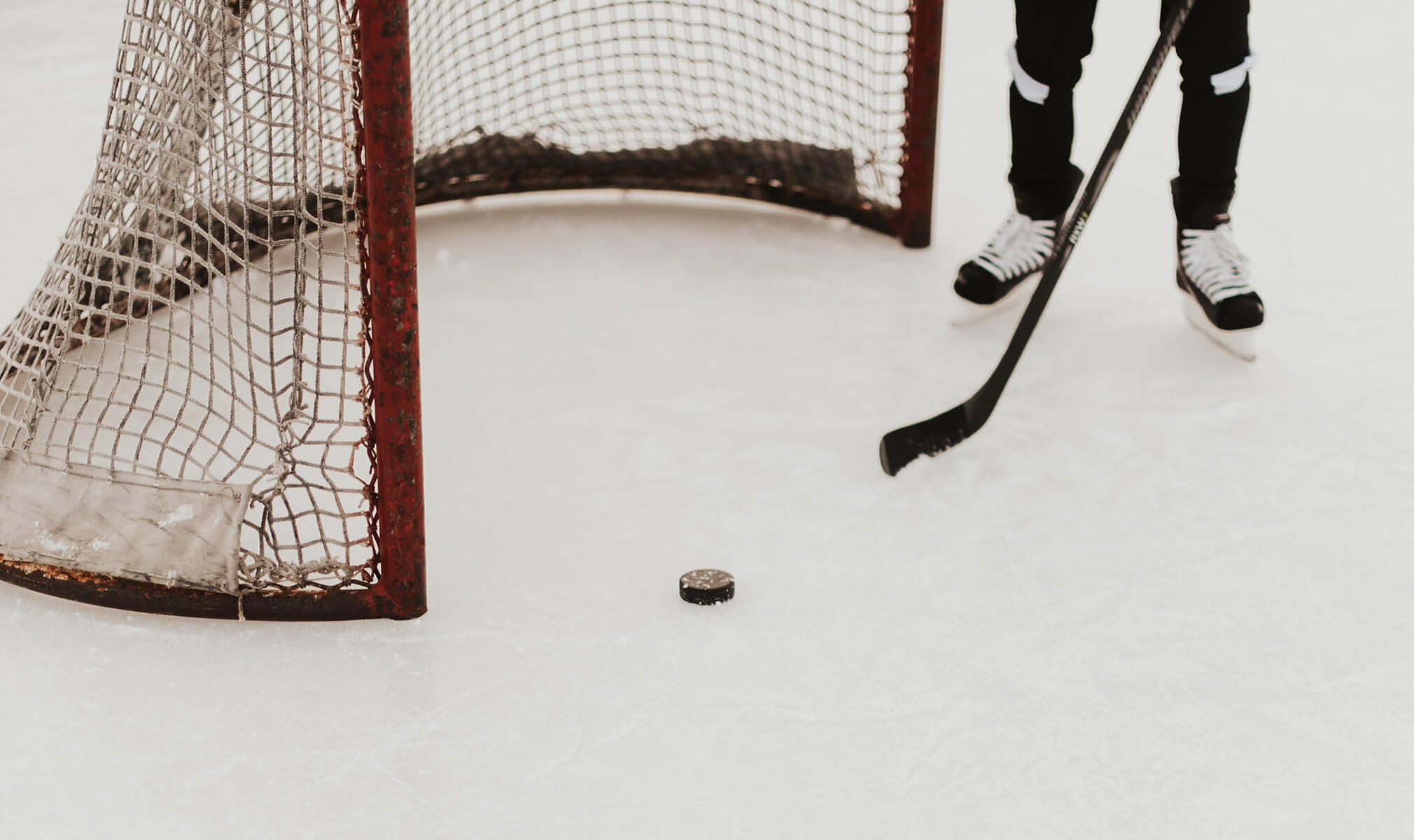 Boards, enforcers and saucers, oh my! Here are 5 of the countless NHL hockey players that use and advocate for CBD products!

While all sports require a certain level of athleticism in order to succeed at the highest level, very few are as physically and psychologically violent as hockey. One of the most popular sports on the planet, hockey is a mix between soccer, lacrosse and that scene in Rocky where he punches a frozen cow in a meat locker. Body checking is central to hockey’s identity. If the sport was officiated like a basketball game, some of its general appeal would be completely lost, leaving only those who actually watch it for the players’ crafty stick-work and shot-creating abilities.

CBD is a hot topic at the moment for the National Hockey League, and many are hopeful that it will soon be accepted in a wider capacity. Here are 5 NFL hockey players who use and advocate for CBD:

Riley Cote is a former left winger for the Philadelphia Flyers, and spent the majority of his professional career embodying an enforcer role. For those who aren’t as hockey-savvy, enforcers are best known for their physicality, as opposed to being known for their stick skills. He only played for 4 years before making the decision to retire, and while he may not have been an all-star, he filled his role on the team perfectly. His career is bookended by two low-participation years with the Flyers, while the middle two saw him play in most of the team’s games. He was an enforcer all the way through, racking up a whopping 411 penalty minutes while scoring 1 goal and accruing 6 assists. In comparison, Sidney Crosby has accumulated 665 penalty minutes in 15 YEARS.

While being an enforcer certainly provided Cote with a means of getting into the league, it also all but guaranteed that his career would be short-lived. Well, that and his inability to do anything other than skate okay and lower shoulders into people. Having to constantly fight opposing players during games takes a toll that can often force hockey players into early retirement. After leaving the league, Cote helped found the Hemp Heals Foundation, which is a non-profit organization that promotes a more positive image of hemp products. He also launched his own line of hemp-based products, furthering the “CBD for Athletes” cause.

Mike Cammalleri is a center/winger whose success was sustained over a 15-year period. Unlike Cote, whose career was more dependent on the physicality that he brought to each game, Cammalleri was able to stretch his career out by utilizing his shooting abilities and high hockey IQ. From 2002-2018, he played for five different teams, including the Montreal Canadiens, New Jersey Devils and Los Angeles Kings, who he actually had two individual stints with. In total, he scored 294 goals, mostly in the earlier years of his career. Additionally, he assisted on 348 more goals, for an overall point count of 642.

Cammalleri retired after the 2017-2018 NHL season, and he has moved into the world of sports nutrition. His company, Biosteel Sports Nutrition, was recently purchased by a large CBD company, and now they are planning on releasing a line of CBD products that are geared toward use by other athletes. Cammalleri himself was introduced to CBD in the later years of his NHL career, and he wishes that he had been made aware of the compound when he was even younger! He quickly became a daily user of CBD and is putting in the work to ensure that the next generation of athletes is properly educated on cannabidiol! 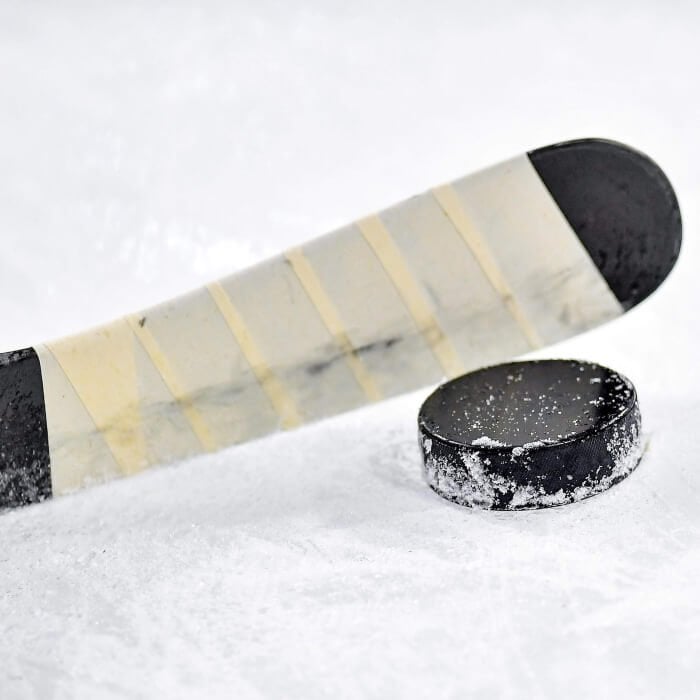 Dale Purinton walked so that Riley Cote could run. This ex-NHL player was a defensive player for the New York Rangers for 4 years, and in classic New York fashion, his specialty was starting fights. Over the course of his 181-game career, Purinton accounted for 578 penalty minutes, over 100 more minutes than even Cote managed to receive. The man was a goon, plain and simple, and he played his role to perfection. Similar to Cote, Purinton only scored 4 goals in his career. However, he also assisted on 16 goals, bringing his total career points up to 20. Physicality was certainly his play style of choice, and it greatly dictated the direction of his career.

Presently, Purinton is partnered with a company that focuses on products that interact with the endocannabinoid system. This company is gearing itself toward athletes, so adding Purinton to their stable is a major move in the right direction. Purinton himself is an avid fan of CBD, and has even described himself as being a “passionate advocate” for the compound. His goal is to raise awareness for CBD and allow other athletes to better understand why they should start to consider adding hemp-based products to their daily lives.

Paul Bissonnette was drafted by the Pittsburgh Penguins in 2003, and he would play left wing for them until heading to the Phoenix Coyotes the next season. Paul’s career was fairly uneventful; over six years, he scored only 7 goals and assisted on 15 more, giving him a total point count of 22. He also managed to put up enforcer-level penalty minutes in his second season, which usually isn’t the stat that you want to see from your left winger. However, his post-hockey career is where he has truly excelled. Bissonnette is currently the color commentator for the Phoenix Coyotes, returning to his old team and bringing his signature charm with him. Additionally, he is a host of “Spittin Chiclets,” a highly popular hockey podcast run by Barstool Sports that discusses topics relevant to the NHL.

A multimedia phenomenon, “Biznasty” has partnered with a prominent CBD brand to be their spokesperson and sports advisor. His fluid move from player to personality makes him the perfect spokesperson for any brand that’s looking for a way to appeal to athletes. Bissonnette himself uses CBD products, and he is vocal about the products he loves and how they positively affect certain aspects of his life. 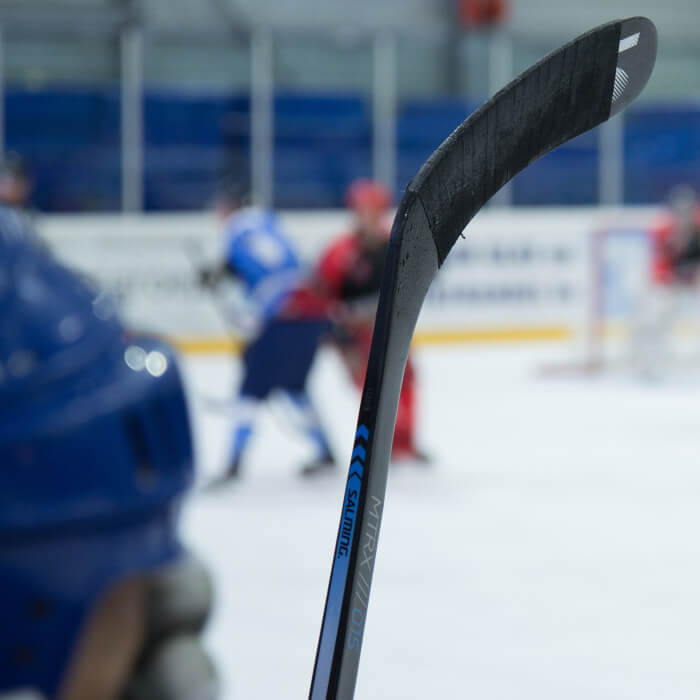 Another name, another enforcer. Adding on to the number of enforcers on this list, Ryan VandenBussche came into the league as a right winger and got to work fighting people. Originally drafted by the Toronto Maple Leafs, VandenBussche officially began his career as a New York Ranger, where he only competed in 27 games over two seasons before heading to the Chicago Blackhawks. He played for the Blackhawks from 1997-2004, scoring 7 goals and assisting on ten more for a total of 17 points. After playing for the Blackhawks, he joined the Pittsburgh Penguins for the 2005-06 season before officially retiring from the league. Over his 9-year career, he managed to account for over 700 penalty minutes, solidifying his status as a goon above all else.

VandenBussche retired with over 20 concussions under his belt, and he has now shifted toward advocating for CBD. He was introduced to CBD after his professional career, and after doing some research and gaining a greater knowledge of the compound, he has been using CBD products ever since. He’s partnered with Athletes for Care, an organization that aims to teach athletes about CBD; what it is, what it does, how to use it, etc. He has placed himself at the forefront of the “CBD for athletes” push, and with any luck it will pay off immensely in the future.

These are 5 NHL hockey players who use CBD, and by some accounts, countless others are using cannabidiol and other hemp-based products as well. If the NHL ever elects to restructure their stance on CBD, we could see a major rise in players who outwardly advocate for the compound! Until then, these former players are sharing their stories and experiences with CBD, helping to develop athlete education on the topic.