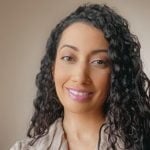 Saturday mornings are a time that we all remember as children.

Sure, those memories may vary a bit from person to person, but one constant remains—cartoons!

As soon as sunlight touched our faces, we were up and running to the TV to catch our favorite cartoon before anyone else got up. Not to mention, raiding the kitchen pantry without any interruptions from the parents!

One thing’s for sure, Saturday mornings with the classics stuck with us. Maybe it was the freedom we felt as children getting lost in our favorite cartoon universes. Or, perhaps we loved watching our favorite animated characters fight crime, solve mysteries, or even plot on each other!

Have you ever thought about revisiting some of those classics with your favorite CBD products? You’ll see things you would’ve never noticed as a child. Plus, you don’t have to jump up at the first sight of sunlight because you don’t have to beat the rest of the house to the television!

Classic cartoons paired with your favorite CBDfx products sounds like a good idea to us.

And don’t worry if you can’t remember all of the classics you grew up with.

Let’s revisit some of your old favorites!

1. We All Loved Looney Tunes

Looney Tunes is arguably one of the most iconic cartoon series of our time.

We watched characters like Bugs Bunny, Daffy Duck, Speedy Gonzalez, and the Tasmanian Devil chase each other with acme explosives or whatever else they had handy—and for some strange reason, we loved every minute of it.

There’d be so much suspense built-up around the idea of Elmer Fudge finally catching up to Bugs Bunny. It never happened, but some of us wondered…what if he did. Then, we’d wonder if the Wile E. Coyote would ever successfully drop that anvil on the Road Runner?

Nope, that bird was way too fast, and the antagonist never seemed to prevail.

Still, if you revisit this classic cartoon as an adult, you’ll notice so many things that passed you by as a child––so many things we’re not adept enough to catch onto as kids.

With a little CBD at your side, you’ll be just as chill as you were at eight years old in front of the TV on a Saturday morning!

2. He-Man & the Master of the Universe

What little boy didn’t act like he was He-Man after watching him on Saturday mornings?

Or, the little girls that acted out the part of Teela with all the mystic powers of the universe?

This was one of the most popular cartoons of the ’80s and introduced millions of Americans to the fantasy genre.

King Randor and Queen Marlena are the parents of Prince Adam, and when the prince holds the Sword of Power, he is transformed into He-Man––the protector of the universe! He uses this power to fight the evil Skeletor with friends like Teela, The Battle Cat, and Orko.

He-man is one of those cartoons that adults still cling to and watch in their spare time—on CBD, no doubt.

3. Taking Over The World With Pinky & the Brain

Do you remember this classic combo?

It wouldn’t be surprising if we picked up some of the Brain’s scheming ways after watching a few of these episodes—the Brain was always scheming for total world domination!

Pinky and the Brain are both genetically-enhanced lab mice created in Acme labs. While Pinky is more simple-minded, the Brain is always conjuring up some devious plan to take over the world.

Unfortunately for the Brain, his plans always fail horribly, and he’s back to square one.

When you revisit this cartoon as an adult, it’ll make you think about who the smarter mouse really is. Some argue Pinky is actually the smarter of the two because he was able to survive in the wild in “Welcome to the Jungle” thanks to his instincts.

He’s able to lead Brain through the experience and outshined him in intellect. Who would’ve thought he had it in him?

This goes a little further back, actually way back to 1919, but it stuck around until 1994!

We all loved watching Popeye chill on the harbor with that pipe sticking out of his mouth and enjoyed it, even more, when he cracked open that can of spinach to save Olive Oyl.

No matter who Popeye was facing, he showed strength and determination to get the job done. Revisiting this cartoon will bring about intense feelings of nostalgia and maybe even give you a couple of good laughs!

He also set an excellent example for kids who despised spinach!

We all loved watching Tom chase Jerry around the house to what seemed like no end.

When we watched as kids, most of us hoped they’d develop some kind of friendship. Even though there were glimmers of this occurrence––they seemingly found solace in terrorizing each other.

Watching Tom & Jerry with your favorite CBD product allows you to enjoy the sibling rivalry between a scheming housecat and a clever mouse in ways you wouldn’t even imagine.

CBD really has a way of making us more present and mindful in all kinds of situations, and cartoons are no exception!

You’ll be surprised how much fun a trip down memory lane is when you revisit some of your favorite old school cartoons.

If you’re ready to walk down memory lane with a new CBD product at your side
Visit our CBDfx store to check out our full collection!