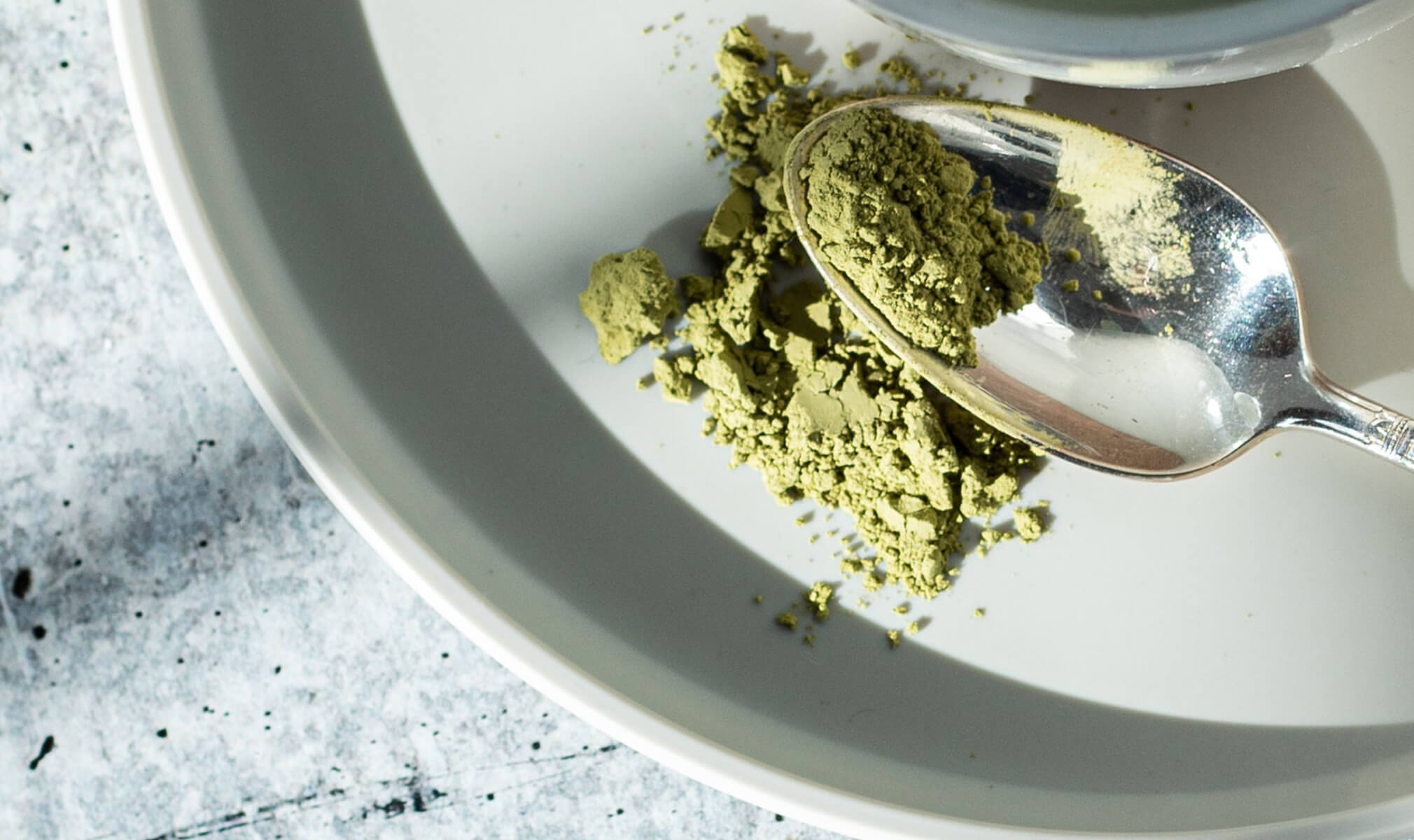 There are many things that you may or may not know about the foods that you consume, including their actual contents. This is usually harmless, as those mystery contents generally have no effects on our bodies. However, in cases such as food allergies, not possessing a list of understood ingredients for a given item can be dangerous.

Some ingredients you want to know about, just so that you can appreciate them to their fullest. Turmeric & Spirulina, the namesake of our green CBD gummies, are incredible items that possess an array of different, interesting qualities.

Here are 5 things that you likely didn’t know about these two “superfoods”:

1. Turmeric is a natural color-booster

Turmeric is used surprisingly often to provide certain items with a spritz of its golden yellow coloring. Its pungent, somewhat bitter flavor and light aroma make it a perfect addition to many different types of food, such as scrambled eggs, roasted vegetables and various types of rice and soup. You could even add it to a smoothie if you decided that it needed a little extra flavor and yellow coloring. Since its flavor is fairly slight when consumed in small portions, it is an extremely easy and interesting ingredient that you can add to most any meal.

On top of being a great addition to most foods, turmeric’s coloring capabilities are also used in clothing. Turmeric is an inexpensive, natural dye whose color is bright and appealing for clothing manufacturers. Alongside other natural and artificial ingredients, turmeric helps to give shirts and other articles of clothing their vibrant colors. Of course, you might never actually know this because many companies won’t give you the full list of items that went into your clothing, or they will change their names to hide their true identities. While we don’t carry any clothing that contains Turmeric, we proudly flaunt its inclusion in our green gummies. They may not possess the bright yellow appearance of the spice, but it certainly makes itself known in each gummy’s flavor profile!

Few people know the lengthy, interesting history of turmeric, which is believed to have become a staple ingredient in certain foods and societal practices in the Vedic culture of India. The spice was included in many of the culture’s meals, and beyond culinary use, it also found popularity in a number of their religious practices. There seemed to always be a belief that turmeric was more than just a simple spice; its potential was recognized early on, and as the years passed, people began to better understand it and find answers to their questions. To this day, India is by far the world’s largest producer and consumer of turmeric.

Turmeric is an incredibly popular food ingredient in much of the world, and while you may not know it by name, you have most certainly consumed it at least once in your lifetime. For the reasons described previously, turmeric is an easy fit for most types of foods, and even drinks can benefit from its inclusion. It contains antioxidants that provide each meal with a healthy boost and may inhibit fungal growth, according to recent studies. One of the more crucial compounds found in turmeric is curcumin, which has been found to possess both antioxidant and antibacterial characteristics. When you consume turmeric, you may be getting all of its potential effects as well! 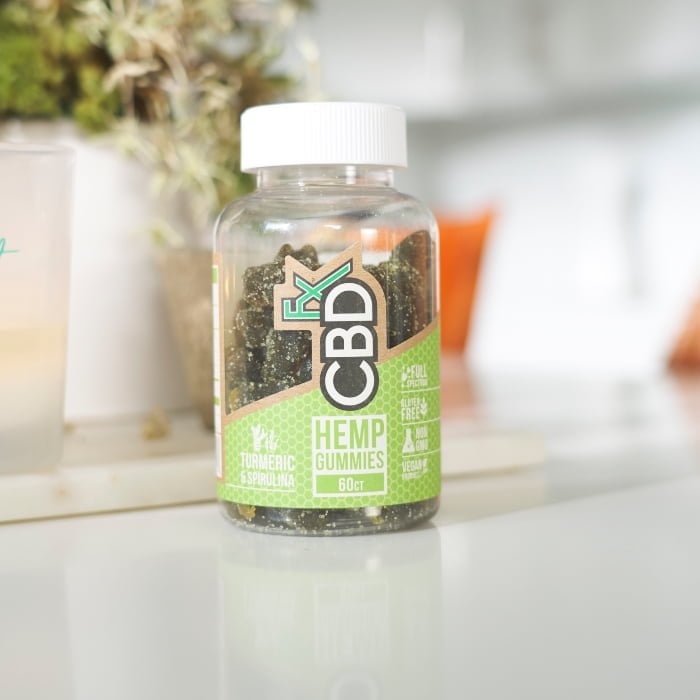 3. Spirulina is an Algae

Yes, spirulina, the thing that’s in the gummy you’re about to bite down on, is a type of algae. To be exact, it is a cyanobacteria, a family of single-cell microbes. It is able to grow in both freshwater and saltwater, and it possesses a blue-green hue. While it isn’t actually a plant, it still uses photosynthesis as a major energy source. This may not seem especially appetizing at first, it’s packed with nutrients and proteins that make it a beneficial addition to any meal. Its contents include Vitamins B1, B2 and B3, as well as copper, iron and a number of other beneficial nutrients. Many consider it to be the ultimate “superfood” because it contains so many nutrients, fatty acids and carotenoids.

Spirulina is extracted from the lakes and ponds from which it grows, and is then dried and usually converted into a powder. This powder has several functions, and it can be consumed in a number of ways. Much like its close friend turmeric, spirulina can be combined with most any food, though adding too much spirulina could easily lead to it taking over the flavor profile of the dish as a whole. It can be added to drinks as well, although in this case you would have to be even more cautious about the amount you end up adding. While an acquired taste, spirulina’s beneficial ingredients are well worth having to make the necessary adjustments, and its ease of application to any meal makes it more accessible than many other healthy additives.

4. Spirulina is a huge source of protein

In addition to being one of the most nutrition-rich foods in the world, spirulina’s protein content is seemingly otherworldly. Per tablespoon of the superfood, it contains approximately 4 grams of protein. This means that almost 60% of spirulina is pure protein, a concentration that towers over those of other common types of food and drink. While this might be surprising, it really shouldn’t be; if you’re an avid fan of dishes that include fish, then you have potentially gotten protein from spirulina already, without having even known it. Since it grows underwater in lakes and rivers, it is consumed by fish, which are then caught and prepared for humans to eat. Already high in protein, spirulina only works to bolster its protein contents.

As a result of its contents, spirulina is a perfect food for those who are attempting to maintain a high-protein diet. Usually, high-protein diets consist of different meats and fish. Naturally, something like spirulina would fit in here, since its protein concentration is so much higher than other foods. Additionally, while its taste is something that you will have to get used to, it should quickly become negligible. To help you along the way, you could pair it with fish, which should have a fairly similar yet more palatable flavor profile. Adding spirulina could even lead to eating less with each meal, since it contains so much protein on its own. People aren’t kidding when they claim that it’s a superfood! 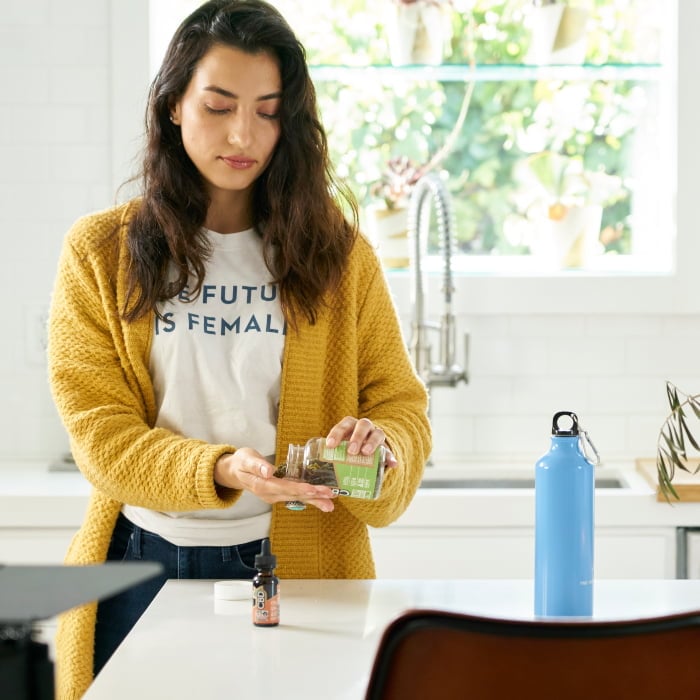 5. Turmeric & Spirulina are best enjoyed together

What’s the only thing better than enjoying the nutrients and antioxidants of a single, lightweight superfood? Enjoying the contents of two lightweight superfoods, of course! While from vastly different places of origin ‒ one extracted from a plant root and the other sourced from lakes and rivers ‒ they possess some major similarities that allow them to be enjoyed together without making the end result feel too crowded. Both turmeric and spirulina are filled to the brim with vitamins and other nutritious items, and since many of these items are different, they provide you with a vast collection of nutritional goodies instead of just providing you with large portions of a few.

In an interesting twist, the flavor profiles of these two superfoods don’t clash in an especially harsh manner. While they both possess very distinct tastes that are hard to ignore when consumed in large amounts, their combined profile is notably palatable. Both can be digested with ease, and the combined consumption of curcumin and several forms of vitamin B provide your body with a healthy serving of antioxidants.

Still feel like you need some physical evidence of turmeric and spirulina’s combined effectiveness? Try some of our Turmeric & Spirulina Gummies, sporting a green color that can be attributed to a blending of turmeric’s golden yellow and spirulina’s blue-green. Collaborating with a collection of other ingredients, including a helping of high-quality CBD, you can experience the goodness of these two superfoods for yourself! Don’t worry about the taste; our product development team has found the perfect combination of turmeric, spirulina and additional ingredients to give each gummy a light flavor profile, and a coating of sugar is added to provide some additional sweetness.

Now that you have this extensive knowledge of turmeric and spirulina, it’s time to spread the word and let your friends know just how incredible these superfoods are! If you have any questions about our green gummies, feel free to contact us!