2-D fellas need CBD too! Here are 5 of the many anime characters who would be aimless without their daily CBD!

You and the animated characters whose shows we all enjoy watching so much have more in common than you may have initially realized. In addition to the obvious similarities ─ general physical characteristics, emotional responses to certain events, lifestyle aspects, etc. ─ you also share the same love for CBD and all of the products that are infused with the incredible compound!

While never an opinion that’s made clear through the animated shows themselves, you can certainly tell which of your favorite characters would enjoy CBD products when they’re not off saving the day and fighting evil villains ─ or being evil villains, we won’t judge you if you root for the bad guys!

Here are 5 anime characters that we at CBDfx believe couldn’t even consider living without the daily quality of life boosts provided by CBD:

You’d be hard-pressed to find a single “My Hero” fan who doesn’t love All Might, an intimidating presence that keeps evil relatively at bay and defeats any villains that come his way through a combination of sheer strength and willpower. In his prime, there seemed to be nothing that could take the superhero down; his strength and speed trumped all competition, making escape seem like a pointless venture. The man could literally punch so hard that the resulting wave of energy had the capability of altering the weather patterns of the day, causing it to rain during a day that had otherwise been completely cloud-less.

While appearing to be an ever-shining example of justice, even All Might needs to take time to recover after fights. The massive, muscular physique that the general public reveres so highly is simply him flexing for long periods of time; he normally looks very gaunt and frail. He experiences the wear and tear of battle, though he keeps from showing it until after he’s out of the public eye. In these private moments before and after foiling evildoers’ schemes, All Might definitely uses CBD Muscle Balm, which is filled with supporting topical ingredients designed to address discomforts and provide your skin with a soothing sensation. Add high-quality CBD into the mix and you have a product that’s perfect for a man who gets punched by supervillains all day for a living.

Ryuk is a shinigami, a non-human figure who possesses a “Death Note,” which is a notebook that allows you to accurately dictate the deaths of a human being so long as you know their first name and face. Bored of the usual happenings in his own realm, Ryuk drops a Death Note into the human realm and follows the person who picks it up. He has great interest in seeing what a human would do with a Death Note, and he occasionally gives the human who possesses it tips and further info on its abilities. While certainly an evil figure, he does provide some comedic relief in the midst of his other mischievous actions.

Other than being a source of chaos and basking in the anguish that he brings to the possessor of the Death Note and all those around him, Ryuk’s greatest passion is apples. His love for the fruit is evident throughout the series, and he explains that they have an effect on shinigami that’s similar to alcohol for humans. While apples might not always be available to Ryuk, there are certain CBD products that can provide him with the sweet, fruity flavors that he craves. The CBDfx Lychee Lemon Kiwi Tincture offers a flavorful solution to those situations in which Ryuk doesn’t have access to actual fruit! Additionally, it comes in a compact bottle, so he can bring it with him no matter where he goes. 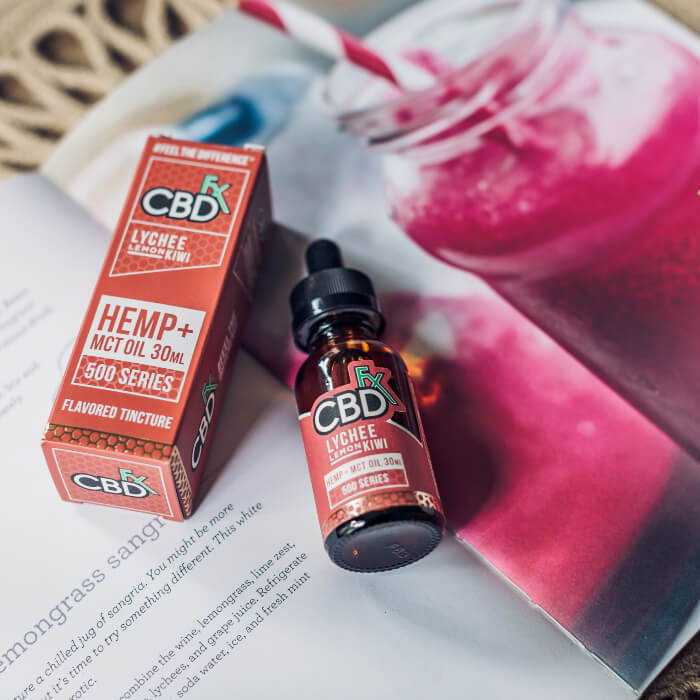 Similar to All Might, Saitama possesses strength and speed that few others around him could even hope to match. He’s the ultimate hero, outperforming all those around him even though his hero rank is far below those considered to be the cream of the crop. His only weakness is his own apathy, which he began to develop as a result of every fight ending after he landed a single, solid punch. The “One-Punch Man” finds little enjoyment in many of his encounters with villains, since he knows how much weaker they are than him. To find challenges, he often looks to everyday tasks and luxuries, such as video games.

Saitama struggles the most in two aspects: he’s bad at videogames and he’s brutally bald. He makes it clear throughout the series that his lack of hair, which is due in large part to how hard he trained to cultivate his current strength, is a point of soreness that he can’t completely get over. However, there are some distinct advantages to the smooth egg shape of his head, such as his ability to best take advantage of CBD Face Masks. These masks would provide him with the topical support that each of us requires, as well as a serving of CBD that he’d enjoy on his time off from fighting monsters ─ or, if he so desired, during a fight with monsters.

“Attack On Titan’s” Levi Ackerman is the squad captain of the Special Operations Squad, a group of soldiers operating within the Survey Corps, which is itself the breeding ground for some of humanity’s greatest fighters in the ongoing war against the titans. As squad captain, Levi oversees an elite task force, and many consider him to be one of the greatest soldiers that humanity has even seen. His prowess extends beyond simple physical capabilities; he’s highly intellectual and demands perfection in everything he and his squad members do. Also, he’s super fashionable, managing to look totally put together even when fighting against giant monsters that won’t rest until they either eat him or die.

One of Levi’s defining characteristics is his obsession with maintaining the quality of his surroundings as much as possible. He likes things to remain clean and organized at all times, and he’s even gone as far as cleaning his blades while still in the middle of a battle. In order for him to truly enjoy something, he’d need proof that it was as clean as possible, which is why he enjoys the high-quality products here at CBDfx! We pride ourselves on our dedication to veganism and all-natural ingredients, and the lab reports available on our site ensure total product purity. Levi most certainly shops here when he finds himself craving some CBD products on his day off! The lean, green fighting machine; Piccolo is a classic “Dragon Ball Z” figure who started as a major enemy to Goku before joining the Dragon Squad. His father, King Piccolo, was a ruthless figure whose thirst for domination was seemingly unquenchable. While he inherited much of his father’s anger and other villainous attributes, he’s ultimately shown to have a bit more compassion as the series progresses. He’s a massive man, standing taller than most others and boasting the most muscular physique you’re likely to ever see on a half-human, half-slug alien.

Piccolo isn’t huge on human interaction, opting instead to remain isolated when possible and meditate. His indifference toward others is reduced a bit as you move through the series, but the influences of his father are still present. Since he doesn’t have much interest in conversation or other interactions with his fellow characters, he’d really enjoy CBDfx CBD Vape Pens. This way, he’d have no time for conversation, since his energy is focused on the pen. Additionally, it could give him a host of tasty flavors to enjoy while meditating.

These are 5 anime characters who couldn’t live without CBD products. Their lives are in constant motion, and as a result, any product that they purchased would need to be just as mobile. Our products are perfect for everything from road trips to extreme sports; there’s something for everyone here at CBDfx!