5 Baseball Players Who Use CBD With the MLB loosening its restrictions on the use of cannabinoids, come check out some ex-players who are major advocates for CBD!

It’s an open secret that athletes are increasingly turning to hemp products, with alternatives proving to be far less agreeable. As a result, many large organizations are beginning to relax their policies regarding cannabinoids, allowing their athletes to use CBD and other compounds as part of their daily routine without the fear of testing positive for any banned substances.

The MLB is one of said organizations, having just passed a rule that allows for the consumption of both CBD and THC. This rule change aims to give baseball players an alternative to the painkillers and opioids that have caused so many problems in the past.

Here are 5 ex-MLB players who are now major advocates for CBD consumption:

Kyle Blanks is one of the lesser known names on this list, but he is certainly one of the list’s biggest CBD advocates. He entered the MLB in 2004 as a high schooler through the league’s amateur draft. The 6’6” right-handed utility player began his career as a San Diego Padre, where he would play for five years before bouncing from Toronto to Oakland to Texas. Over his nine-year career, he collected 199 hits, 111 RBIs and 33 HRs, many of which came in the first and last seasons of his initial Padres stints.

While Blanks exhibited flashes of prowess throughout his career, and his ability to play at both first base and outfield positions gave him increased flexibility, he never had the opportunity to truly excel. Injuries plagued Blanks over the years, preventing him from being able to compete in a meaningful amount of games each season. In the Majors, his longest season consisted of 88 games, which is a bit more than half of the games that his club would have played that year. His minor league peak was 132 games at the A+ level in 2008. Foot surgery effectively limited his ability to play baseball in multiple ways, and with his days of athletics behind him, he now runs an industrial CBD farm in New Mexico. Having been an abuser of opioids and alcohol during his career, as you will find is the case with many MLB players at one point or another, Blanks believes that major league baseball needs to improve its understanding of CBD and allow its players to enjoy it to its fullest.

Known as the “Flyin Hawaiian,” Shane Victorino was an integral member of the Philadelphia Phillies in their dominant, late 2000s seasons. Picked up out of high school in the 1999 MLB amateur draft, Victorino played for San Diego Padres, Phillies, Los Angeles Dodgers, Boston Red Sox and Anaheim Angels over the course of his 12-year career. While effective for most of his career, his years in Philly were his best by far, posting career highs in nearly every statistic. In addition to winning 2 World Series championships and 2 Silver Slugger awards, he received Golden Glove commendations for 3 years straight, from 2008 to 2010. He amassed over 1200 total hits and 238 total stolen bases, and his .275 career batting average is more than respectable.

Post-retirement, Shane Victorino is looking to bring his signature energy to the CBD industry. His investment group, Legacy Ventures Hawaii, has decided to partner with Arcade Biosciences, Inc., a bioscience company that grows, extracts and sells hemp products in Victorino’s home state of Hawaii. The ex-ball player recognizes the greatness of hemp and CBD in particular, and his interests in the crop are notable. He also believes that it can be a steady source of income for Hawaii, as he believes many people would be tempted by the allure of premium Hawaiian CBD. While he may not have been known for hitting home runs in the Majors, he may be hitting one out of the park with his involvement in CBD.

Rich Gossage, known best by his nickname “Goose Gossage,” is a Hall of Fame pitcher through and through. Drafted by the Chicago White Sox in the 1970 amateur draft, Gossage would go on to play in the MLB for 22 years, which is a feat that few other players can boast about. Over those 22 years, Gossage played for the White Sox, Pirates, Padres, Yankees, Cubs, Giants, Rangers, Athletics and Mariners. Known for his blistering fastball and exceptional strikeout rate, Gossage is considered one of the greatest relief pitchers of all time, and his accolades back up this title. He was a 9-time all star, Rolaids Reliever of the Year and a 1978 World Series Champion with the Yankees. His 1800 innings pitched and 1502 career strikeouts are something of note, as well!

These days, Goose is working with the Kannaway sports initiative to raise awareness and reduce the stigma surrounding CBD use in the major leagues. He is their first ex-MLB partner, and as an outspoken CBD advocate, Goose is happy to have the opportunity to use his voice in this way. With any luck, Goose’s advocacy will lead to increased numbers of ex-players coming out and expressing their support for greater understanding of CBD and cannabinoids in general.

Jason Bay was one of those players that would have been much better known if he had played for a team that wasn’t…well…Pittsburgh. Drafted by the Montreal Expos in the 2000 MLB amateur draft and traded to the Pirates, Bay would win the Rookie of the Year award after putting up 26 HRs, 82 RBIs and a .282 BA in 2004. His success would continue as the years progressed, averaging high home run and RBI numbers and playing in over 100 games per season for the majority of his career. In addition to being Rookie of the Year, Bay also had 3 All-Star appearances and a Silver Slugger award. He ended his career with 1200 hits, 222 HRs and 754 RBIs.

Now, Jason Bay is a partner and investor with the company ZoneIn CBD, which aims to raise awareness for the positive quality of life changes it can provide for athletes. Several ex-professional athletes have joined him as well, each hoping that the rising popularity of CBD will lead to it being better understood and that the stigma surrounding it will be either reduced or altogether eliminated.Throughout his career, Jason Bay was always something of a team player, and that mentality has clearly not left him as he ventures into the world of CBD advocacy. 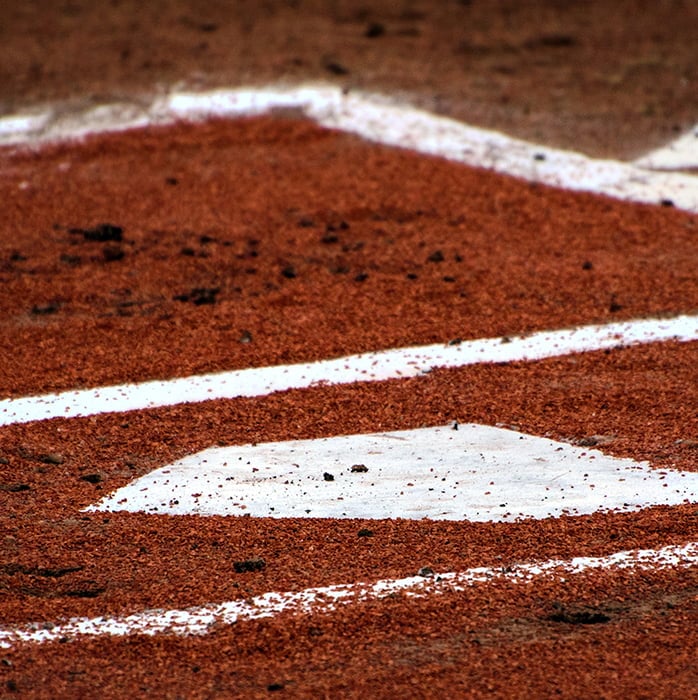 Much like Gossage, David Wells is one of those pitchers that you may not have known spent an entire third of their lives in the major leagues. Drafted by the Toronto Blue Jays in the 1982 MLB amateur draft, Wells would go on to play for 9 different teams in his 21-year professional career. While he certainly saw some ups and downs, he remained fairly consistent as far as ERA is concerned. He posted 20+ starts and over 200 innings pitched in multiple seasons, showing off the impressive durability that his trucker physique hid away. Over the course of his career, Wells collected 3400 innings pitched, 2200 strikeouts and 489 games started. He also was a 2-time World Series champion, ALCS MVP, 3-time All-Star and pitched a perfect game.

Like many of the other baseball players around him throughout his illustrious career, Wells became an extensive user of painkillers, such as percocet. Given to him as a means of recovering from surgery and other pains, they started as a way to get through outings and quickly became a recreational activity. CBD allowed him to distance himself from opioids in general, and he’s never looked back. He has since become an outspoken CBD advocate, much like Gossage, and is even invested in a CBD company, ensuring that those who share his passion for the compound can have access to quality products as well.

These are just five of the countless MLB players, past and present, who are enjoying CBD in their daily lives. As more research is completed regarding the compound, and as the rules surrounding it become more lenient, we will hopefully see a golden age of CBD for athletes that would benefit everyone involved!