6 Cartoon Characters Who Use CBD Our 2-D compatriots can love cannabidiol just as much as we do! Here are 6 cartoon characters who without a doubt use CBD!

It’s no secret that people around the world love CBD and other hemp-derived products. It’s been around for centuries, and its growing popularity at the present is signalling that our love affair with cannabidiol won’t be slowing down any time soon. New CBD products are constantly being unveiled, displaying the compound’s unique, innovative capabilities.

We all understand how great CBD can be, but have any of us stopped and thought about which cartoon characters would enjoy CBD the most? Would Donald Duck like chowing down on some CBD gummies after a long day of screaming and being an overall menace to society? The possibilities here are seemingly endless, with a never-ending list of potential animated CBD lovers.

Here are our top 6 picks for cartoon characters who frequently use CBD:

While the younger generation might not have as close a connection to Yogi Bear, many of us remember this lovable character for his constant scheming. Alongside his side-kick, Boo-Boo Bear, Yogi would devise ways of stealing picnic baskets from unsuspecting visitors of Jellystone Park. A master strategist and the longest-lasting member of Jellystone Park’s “Most Wanted” list, Yogi is famous for flaunting his heightened intelligence, reminding his audience that he’s “smarter than the av-er-age bear!” His amiable personality won you over and allowed you to forgive the endless counts of theft that he’s responsible for; his only unforgivable crime was starring in that 3-D Yogi movie.

There are two things that are certain about Yogi Bear: his impressive manipulation skills and his nearly insatiable hunger for the contents of “pic-a-nic” baskets. Yogi’s hunger is so great at all times that he doesn’t even bother to look at the contents of the basket before he tries to steal it; so long as it’s edible, Yogi thinks it’ll be incredible. Of course, over the years, he’s bound to have refined his palate and discerned which flavors he truly likes and which don’t appeal to him. Some of the food probably tastes bad to him, and in these instances, we believe Yogi turns to CBD gummies to save the day. The sweet, sugary taste of the gummies would help salvage whatever less appealing flavors the lovable bear was subjected to, and he could easily carry a bottle of gummies around with him in one of those weird skin pockets that every animal cartoon character had in the Hanna-Barbera days.

Another old school pick, Wile E. Coyote is one of those cartoon characters that you felt bad for, even though he was always the bad guy. He never spoke a word, yet you could feel the emotional rollercoaster that characterized each and every one of his failed schemes. Whether it was a malfunctioning rocket or a miscalculated trebuchet launch, the hungry coyote simply could never catch a break. At some point, you really started to root for the guy. Sure, Road Runner didn’t necessarily deserve to be eaten, but no one can deny that he rubbed each and every one of Wile E.’s failures in his face. While we’re happy that he never caught Road Runner, part of us feels like it would be a satisfying end to their run.

Being the massive failure that he is, Wile E. Coyote has been forced to recover from grievous injuries caused by his own machines. These injuries include being flattened by giant boulders, disintegrated by massive ACME rockets and obliterated by trains. Once pieced back together after each scheme, Wile E. most definitely uses CBD hemp cream to prepare himself for his next encounter with Road Runner. This cream is easy to use as well, giving him a welcome break from the intricate machines that he’s used to dealing with. Known as “Popeye the Sailor Man” to admirers, “Pop” to his girl Olive Oyl and “Mr. Eye” to the students of the JuCo class he teaches on Mondays and Wednesdays, Popeye is a staple of both early cartoons and comic strips. He’s the classic strong man, using every bit of strength to keep his loved ones out of harm’s way. He’s also a positive influence on the children who watch his show, since he attributes all of his strength to his healthy dietary choices and never backs down when faced with a difficult situation. Not to mention, he was also just super cool and could make boat whistling noises through his pipe.

The possibilities are virtually endless when it comes to Popeye’s CBD usage. The salty seaman would likely use a number of different types of CBD products, including everything from vape pens to face masks. Similar to Wile E., his favorite would likely be CBD balms, which he could apply after long days of fighting Bluto to get Olive back. These balms are easy to apply and can find use before and after your day’s activities. Plus, they would easily fit in Popeye’s pocket while leaving room for a can or two of spinach. The man had some deep pockets.

Norville “Shaggy” Rogers is an essential member of the Scooby Doo mystery gang. While he may not have displayed the intelligence, fortitude, strength or bravery that would have been vital to a group that tries to capture alleged monsters, his bumbling persona always managed to deliver a final blow that led to the monster’s demise. In recent years, Shaggy’s character has changed a bit, as fans throughout the world have come to recognize him as more of a demi-god than his stoner appearance and high-pitched voice would let on. However you view him, there’s no denying that without him and Scooby, most of the monsters that the gang caught would still be on the loose.

While you might have thought that Shaggy was a stoner, he actually never engaged with the Devil’s lettuce. Instead, his sights were set on CBD products from the very get-go, specifically tinctures. He wouldn’t be picky necessarily when it comes to the flavor of the tincture that he consumes; he eats dog treats, after all, so we’re sure that a little hemp flavoring won’t dissuade him. Tinctures allow him to have something to enjoy throughout a given escapade, keeping his focus on the task at hand instead of searching for a turkey club sandwich every couple of hours. 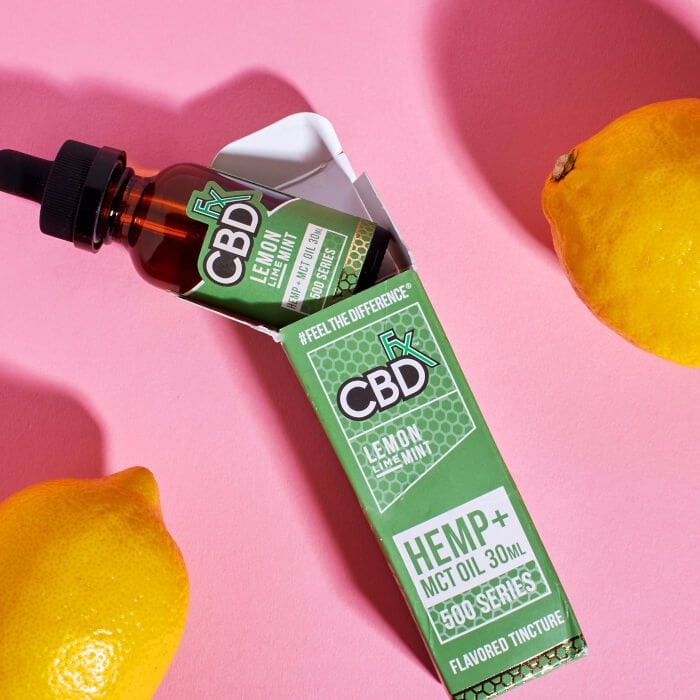 Randy Marsh has seen one of the more extreme character changes over the years on South Park. He started out as a background character, simply one of the parents that you might see from time to time. Now, he’s one of the show’s centerpieces, constantly dictating the direction that an episode – or even a season – takes. His aggressive personality perfectly personifies the city of South Park, which is filled with residents who are ill-tempered and compulsive. Still, you can’t help but love the enthusiasm that he applies to every hobby and occupation that he’s picked up over the years.

It might seem silly to have Randy on here for CBD when he’s clearly someone whose interests would like in the other type of cannabis plant. However, his love of CBD comes from those early days, when he was just a geologist that would pop up every once in a while to talk to Stan. Being a background character, Randy wouldn’t have wanted to make too much of a scene with his cannabidiol, which is why CBD vape pens would be his preferred product. Even now, in his more pompous state, he likely enjoys a CBD vape pen from time to time, specifically terpenes pens because of their cannabis flavor profiles.

Snow White is the OG Disney princess, having been the first one to have a full-length film released. She’s characterized by her vibrant blue and yellow dress, as well as her strong connection to the animals around her. She resides in the woods for a period with a group of seven dwarfs, each bearing a name that describes their personality. There was supposed to be an eighth dwarf named “flakey,” but he never showed up to set. Snow White is a symbol of natural purity, and her tale laid the foundation for how Disney would go on to portray countless other princess stories.

Since she lived in the woods, she likely needed to constantly tend to her skin in order to keep her skin in pristine condition. Working all day and interacting with the natural world around her must have taken a toll on her pores, and god knows those dwarves didn’t have any bathing supplies that she could use. CBD facial cleansers and other bathing products would have come in handy here, offering her a way to avoid the wear and tear that would result from her new lifestyle. Products containing charcoal and shea butter would be especially helpful, providing her with a deep cleanse to better clear her pores and keep her skin looking alive and well.

These are 6 cartoon characters that use CBD. They represent some of the most accomplished realms of the cartoon universe, and their decision to use CBD certainly influences their 2-D comrades. Stay tuned for our next installment, in which we discuss Fat Albert’s love of CBD sublingual strips!