How To Become A Super Bowl Party CBD Icon With the Super Bowl just around the corner, it’s crucial that your viewing party goes well. Here are some great CBD-infused snacks for the occasion!

It’s that time of the year again; the Super Bowl is just around the corner, and as the NFL superfan you are, you’re playing on going all out with your friends. You and your buddies love watching the Super Bowl together, and you all take things one step further than necessary with your party arrangements. Whether it’s the room decorations, the halftime entertainment or the outfits that each of you don, everything accumulates into a massive competition to see who’s the biggest NFL fan.

This year, you’re going to prove your diehard football fandom. In past years, you’ve been overshadowed; as a Raiders fan, it’s a bit harder to stand high and mighty in your silver and black face paint and beaten-up Jamarcus Russell jersey. However, this time will be different. You’ve taped up the “Russell” on your jersey and replaced it with “Stabler,” and that “Black Hole” mask that you ordered is scheduled to arrive soon. Now, all you need to do is figure out what snacks you can bring to the party that are guaranteed to blow everyone else’s away. At the same time, you don’t want to forget to bring your favorite CBD products with you as well, both to enjoy and to show off to your friends.

Here are a few Super Bowl snack ideas that could win over each and every one of your friends, as well as the perfect products to bring with you to any Super Bowl viewing party!

Pigs in a blanket is a classic NFL Sunday snack that can easily be converted into a premier CBD treat. It’s extremely simple to put together, consisting of only two ingredients: the pig (mini sausage) and its blanket (bread). Generally, what you’re going to want to do is buy a bag of mini sausages and a can of crescent roll dough. You could buy a box of premade pigs in a blanket and simply heat them up in an oven, but not for the Super Bowl. That would ruin the competitive spirit of the snacks, and you remember what happened last time your buddy Tom tried to pass off a stack of corn dogs as a homemade meal. Not only was he ridiculed, but you all forced him to wear the “Jay Cutler Dolphins Jersey of Shame” for the duration of the party, which is a fate that many would consider worse than death.

Once you’ve collected your ingredients, it’s time to get to work. Preheat your oven to 350⁰ F, then open both the sausages and dough. Wrap each sausage with a portion of dough that just reaches all the way around it, then place them neatly on a cookie sheet. Move them into the oven once it’s done preheating, and let them cook for approximately 10-15 minutes. Then, take them out and let them cool off before going to town on them. These are sure to be an instant hit at your Super Bowl party; no Dolphins jersey for you!

Just like pigs in a blanket, bottles of CBD oil are compact and provide you with greater flavor and enjoyment than their small stature would lead you to believe. CBDfx CBD tinctures in particular share that convenience that has made pigs in a blanket such a classic, loved appetizer. Coming in multiple different flavors, you can enjoy the fruity pleasure of your choosing while watching the team you’re rooting for give up a touchdown return on the very first kickoff. If nothing else goes well in this game, the tincture will at least provide your day with a few positive moments.

Cookies are a great treat to bring to a Super Bowl party for a number of reasons. First off, they’re lightweight and don’t take up much space. You could make four dozen cookies shaped like Andy Reid’s bulging stomach and they could all fit into two small tupperware containers. Second, they’re delicious and, therefore, always popular. The sweet, sugary allure of a cookie is appealing to people of all backgrounds and ages. A 2-year-old and a 92-year-old don’t share too many commonalities, but a love for cookies is certainly one of the few that they do share. Football-shaped cookies are especially good for Super Bowl parties because of their shape; perfect for hurling across the room when your team gets scored on.

Start by purchasing cookie dough, a football-shaped cookie cutter, 2 pipers and both vanilla and chocolate icing. If you don’t want to buy a cookie cutter, you can try to eyeball the shape yourself. Cut out several football shaped pieces of dough and arrange them neatly on a baking sheet. Once your oven is preheated to 350⁰ F, place the cookies in it and let them bake for about 10 minutes. Once they’re ready to go, let them cool, then use one of the pipers to cover one side of the cookies in brown icing. Let the icing cool and harden, then use the second piper to apply vanilla icing and give the footballs their lacing details. Once the vanilla icing is cooled, voila; you’ve made some cookies that kinda, sorta resemble footballs. Don’t worry, no one will call you out, since they’ll be too busy stuffing their faces with them!

These cookies are so easy to make, you hardly even need to focus your attention on them! Instead, split your time between making the cookies and using a CBDfx CBD face mask, which is essentially the CBD version of the cookies you’re baking. Once you take it out of its packaging and place it on your face, you can let the CBD blend do the rest of the work. Since each mask only requires 10 minutes for a complete use, you can throw one on once the cookies are in the oven. If you don’t feel like waiting that long, you could even put the mask on while you’re preparing the cookies for the oven! Barring any serious gymnastic displays, your mask should remain on your face as you perform multiple other actions. 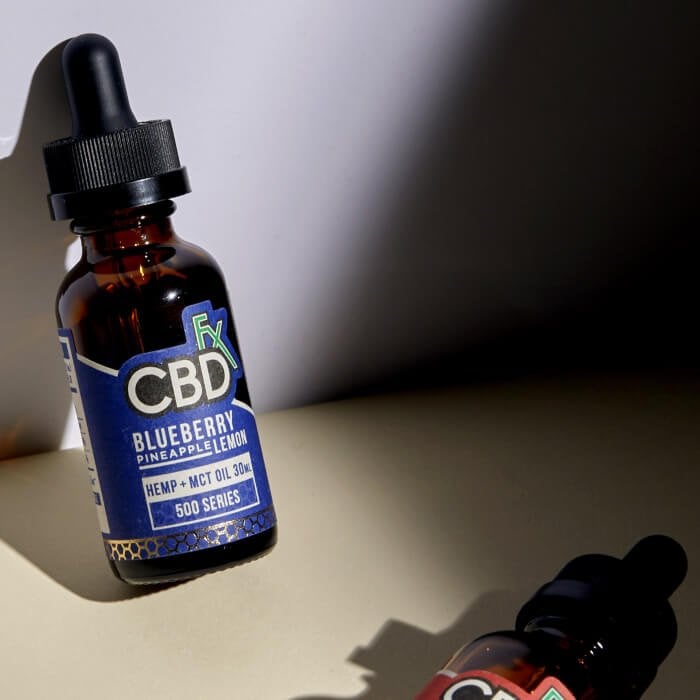 #3. Give Your Wings A Boost

Wings are a simple, easy snack that you quickly prepare and alter the flavor of without breaking a sweat. They’re a staple snack for the Super Bowl. If you show up to a Super Bowl party and don’t see any wings, turn around and run; the host is either a psychopath or a soccer fan at heart, and you’re not sure which would be worse. Not only are they easy to prepare, but they’re also easy to eat. They require no utensils, instead being eaten in a way that would make our caveman ancestors proud. Something about eating with your hands makes a snack perfect for Super Bowl parties.

For your CBD-infused wings, you’ll want to buy some pre-cut wings, making the rest of the process much easier. Since barbeque sauce is the ideal wing glaze, we’ll use this as our example. Alongside your actual wings, you’ll want to grab some ketchup, worcestershire sauce, brown sugar, salt and cider vinegar. Mix together ½ cup of ketchup, 2 tbsp of the worcestershire and brown sugar, 1 tsp of salt, ½ tsp of pepper and 3 tbsp of cider vinegar. Lightly glaze your wings before placing them in the oven, and when they appear to be done, take them out and re-glaze them. Some of the previous glaze will have lost its flavor, so a second application is important if you want wings with vibrant. Once you’ve done this, they’ll be ready to go, and you’ll most certainly find yourself to be the life of the party!

These wings aren’t the only things that should be getting glazed at your Super Bowl party. No football party is complete without a surprisingly aggressive game of tackle football between you and your buddies during halftime. These games are crucial; without them, you would be forced to watch the Super Bowl halftime show, which hasn’t been nearly as enjoyable since the Latoya incident. Once the game ends, get back into relax mode with a CBDfx Muscle balm. Take a portion of the glaze and rub it across areas of your body that you believe would benefit the most from interacting with it. You’ll be pleasantly surprised by the favorable scent of the balm, and you’ll be happy that you brought it with you after your buddy fridge lays a shoulder into your chest before rushing for a big man touchdown.

For this final entry, we’d like to shift away from food and toward drinks. Drink selection is just as important to a Super Bowl party as the food, and in some cases it can actually be crucial to a party’s success. Poor drinks could lead to a poor party; you won’t want to stick around if all you’ve got to drink is a 30-rack of lukewarm Natty Lites and half a pack of cactus coolers. Just as the NFL strives to provide a wide variety of teams and players, your party should aim to deliver a vast selection of different drinking options, both alcoholic and non-alcoholic. If you really want to stand out amongst your friends and be crowned the Super Bowl party MVP, you need to learn how to make some interesting drinks.

Mixing drinks is fairly straightforward; you’ll usually only need a few ingredients. The alcohol, of course, is the key to everything, and you’ll have to learn how to measure shots accurately if you want to make any tasty combinations. As a general rule, try not to mix dark and light liquor. While it might actually taste delicious, people can often have reservations about mixing the two types of alcohol, transforming you from a cocktail hero to a monster in a matter of seconds. Fruity juices and sodas are an easy pairing buddy, and they effectively mask the harshness of the alcohol with relative ease. Look up tutorials online for specific drinks that you want to master, and don’t be afraid to experiment with different combinations; every drink started as an experiment at first!

If you feel like cocktails are too basic and won’t make your contribution to the party stand out, you can always bring some of our CBD Chill Shots, which are meant for straight consumption and combine a delicious flavor profile with ultimate convenience. Your friends are sure to idolize you once you pull out these new concoctions! Meant to be taken in all at once, each chill shot is 2oz in total, making it easy to finish an entire shot in no time at all. These are great to have with you during the game, and they’re also the perfect size and shape to be used as a projectile when your team’s quarterback gets sacked for a fifteen yard loss.

These are just a few of the ways in which you can spice up the snacks and beverages at your next Super Bowl party. With a little bit of creativity, the possibilities are endless, so don’t be afraid to experiment with other CBD combinations. Now, the only thing you still have to figure out for this party is how you’re gonna deflect all the Antonio Brown jokes that are bound to get thrown your way.

Well, at least you’re not a Browns fan, am I right?