Take CBDfx With You To America's Most Haunted Cities Visiting sites known for paranormal activity? Fun. Visiting those sites with all your favorite CBDfx products? Even better!

It doesn’t have to be Halloween for some of us to get excited about ghost stories and paranormal experiences. In fact, 3 out of 4 Americans believe in some sort of paranormal activity, especially those occurrences involving spirits and entities haunting whole areas.

America has had some grueling moments in its history, so naturally, there are some cities that experience more “ghost encounters” than others. If this stuff really gets you going and you’re thinking about visiting some of the most haunted cities in America, make sure you take some of your favorite CBDfx products along, because who knows when you’ll be wanting some CBD by your side!

There are a number of historical factors that go into New Orleans being such a haunted city. During the 18th century and most of the 19th century, New Orleans residents saw numerous acts of violence take over its city. It has never been a stranger to war, and it also has some deep roots in voodoo practices. With all of these factors, you won’t be surprised to hear that it’s one of the most haunted cities in America.

Speaking of voodoo, one of the most famous ghosts in the city is Marie Laveau, who’s known as the “Voodoo Queen of New Orleans”. She was known to have some serious supernatural powers, which allegedly can still be experienced to this day! Many people who visit the city make it a point to find the tomb of her final resting place, and it’s rumored that if you knock three times and bring an offering, she will grant you a wish. So, if you’re trying to win the favor of Marie Laveau, just drop off a few of your Original Mixed Berry CBD Gummies!

On a more gruesome note, if you want to really up the ante, make sure you visit 1140 Royal Street in the French Quarter. This was the home of Madame LaLaurie, one of the most disturbing serial killers in New Orleans history. You won’t be able to go inside the home, but why would you really want to? Many people have reported still hearing blood-curdling screams coming from the house. In fact, it’s considered the most haunted landmark in Louisiana, with over 200 accounts of paranormal experiences! If you’re going to visit this eerie landmark, make sure you take some CBDfx Muscle & Joint Cream with you, just in case you need to make a speedy escape from the premises. Your legs might be a little sore after escaping the horrid sounds of such a close ghostly encounter, so keep this cream with you and rub it onto any part of your body that could use a little love. This cream is equipped with the soothing, penetrative powers of white willow bark, menthol and caffeine, so you’ll be ready to hop on the next ghost tour and get your legs pumping again in no time!

This city is actually considered the most haunted place in America, and it probably has a lot to do with the fact that a good portion of the city was constructed over Native American burial grounds. Plus, when you factor in wars and other historical tragedies, the result is an absolute avalanche of reported incidents to the American Institute of Parapsychology.

Ironically, one of the hottest tourist attractions in the city is the Pirate’s House. This bar resides in a building that is over 250 years old and has been a center for some of the city’s oldest historical moments. Once just a bar that hosted the drunken brawls of seamen and criminals, it’s now a Savannah hot spot crawling with patrons hoping to catch a glimpse of a departed sailor or pirate.

Everything about this bar is screaming for you to bring your CBDfx Vape Pen along for an adventure! Think about it: you’re sitting there sipping on the finest hops Savannah has to offer and BAM, you see an apparition float by in your peripheral! It’s definitely time to pull out your pen and even the playing field, creating your own flavorful cloud and showing the spirit that you can pull off his party trick just as well. Our perfectly flavored blue raspberry pen pairs well with any of those fruity cocktails we all like to sip on every now and then. Not to mention, vape pens are perfect for all situations because of their swift absorption rates and easy access to CBD! 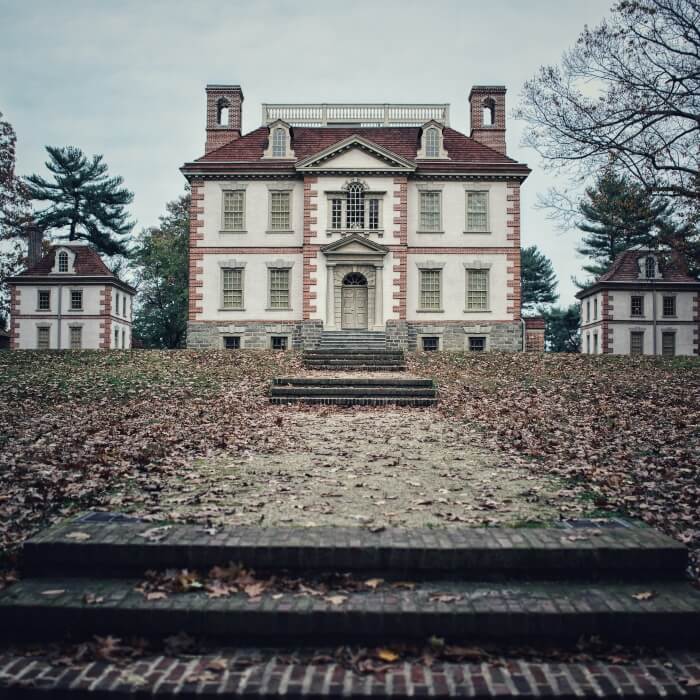 This is another city in the South that has some pretty spooky history, and similar to the cities that we’ve mentioned previously, it’s no stranger to war, torture, executions and voodoo. In fact, there are over 20 rumored haunted locations in Charleston. Perhaps one of the most notable locations is the Old City Jail. This is a jail that housed pirates and Civil War prisoners in the 17th and 18th centuries, 13,000 of which were believed to have been executed within its walls. One of the most famous executions was that of Lavina Fisher, who was actually the first known female serial killer. The creepiest part of all is that she chose to be executed in her wedding gown – sheesh!

If you’re thinking about where you’re going to stay while in Charleston, and you consider yourself somewhat of a paranormal fanatic, then you’ve got to book a room at the Battery Carriage House Inn. Patrons who stay in this hotel, which was originally constructed in the 17th century, report strange and unexplainable sightings. One couple who stayed in “Room 3” told hotel staff that their cell phone was blinking and making noise when turned off, followed by a giant glowing orb moving around the room. In another instance, two women reported that a male ghost had come into contact and laid in the bed with them – and this wasn’t the first time that type of occurrence had been reported!

Considering all of these accounts, you’re going to want some CBD Gel Capsules by your side to be your companion while you try to brave any sort of paranormal experiences that you might encounter. These capsules are packed with 25mg of organically sourced hemp and combined with MCT oil to ensure that your body absorbs the full spectrum of what these capsules have to offer. Once everything is said and done, you’ll have an amazing story to tell about how you made it through the night at the infamous Battery Carriage House Inn!

No matter what city you choose to do your ghost hunting in, make sure you take some of your favorite CBDfx products along for the adventure. You never know when the desire for CBD products will arise!