US
FREE SHIPPING FOR ORDERS OVER $35
Home / Blog / What Are the Benefits of Turmeric and Spirulina?

What Are the Benefits of Turmeric and Spirulina? If you’ve ever looked into natural remedies and supplements, you’ve probably wondered about the benefits of turmeric and spirulina.

As some of the world’s oldest known natural supplements, these two holistic favorites have been used for thousands of years to both flavor foods and enrich them with nutrients.

When coupled with other dietary supplements, turmeric and spirulina combine to give the body energy, reduce inflammation, and control oxidative stress. Many multivitamins now contain them as a way to round out the effects and give users a more comprehensive product.

So how do they work? In this blog, we’ll talk about the possible health benefits of turmeric and spirulina, based on existing studies and evidence. 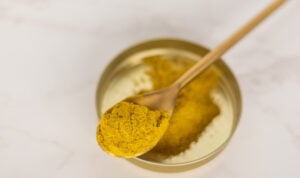 Like many natural supplements out there, turmeric was originally used in food as a way to add flavor. At some point, people started to notice that it helped to reduce inflammation and even calm their moods.

Its hallmark orange color is used in curry and masala dishes, and can even be used as a dye for garments, like the robes of Buddhist monks.

As a member of the ginger family, turmeric looks a lot like ginger root, only more orange on the inside. Its flavor is considered to be on the bitter end of the spectrum, which makes it an excellent addition to earthy flavored dishes.

If you want to shake things up in your smoothie, try adding a quarter teaspoon of turmeric next time for a new flavor experience.

What Makes Turmeric a Health Supplement?

For thousands of years, turmeric has been used as a ritualistic medicine in cultures all throughout Asia. Some have even suggested that it was discovered in pre-historic times and played a role in the earliest known medical remedies.

Turmeric contains an antioxidant called curcumin, which is a natural anti-inflammatory. The effects of curcumin are comparable to ibuprofen, having been successfully tested on osteoarthritis patients with sore joints.

Some prefer turmeric to ibuprofen because it doesn’t cause any long-term kidney damage.

Curcumin also shows promise of anticancer effects on patients undergoing radiation therapy. While there isn’t a consensus on the effects of turmeric outside Ayurvedic medicine, it does not pose a threat with long-term use, which is why it shows up in many daily multivitamins.

Another benefit is that turmeric is an antioxidant. As your body performs regular functions like digestion, immunity, bone growth, and other natural processes, it releases free radicals as a kind of destructive agent. This is normal and healthy. However, when those free radicals grow out of balance, they can lead to tissue damage that causes diseases like Parkinson’s and Alzheimer’s.

Antioxidants like turmeric neutralize free radicals, keeping your body in its balance and protecting it from injuring itself.

Some Challenges with Using Turmeric

While turmeric does show promise as an anti-inflammatory agent, it can be difficult for the body to absorb (known as poor bioavailability). This means that when you take a 1000mg dose of turmeric, your body won’t be able to use most of it. Still, as a regular supplement, it can help users who suffer from chronic pain.

Turmeric is also a blood thinner, making it potentially dangerous for those who already take other blood-thinning medications.

If you plan to start taking large daily doses of turmeric with any other kinds of medication, you should probably ask a doctor about it first.

As one of the world’s oldest medicines, turmeric has earned a spot as a reliable supplement, and there’s surely more to be discovered. 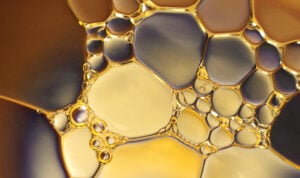 Despite being one of the world’s most popular health supplements, a surprising number of people have never heard of spirulina. With a history that dates as far back as the Aztec civilization, spirulina has been used as a food staple with high amounts of protein, B vitamins, copper, iron, and other minerals.

Spirulina is a cyanobacterium, which means that it grows on water through photosynthesis.

Not all cyanobacteria are good for you (some of them can be fatally toxic), but spirulina is one of the good ones. Its ability to grow under less than ideal conditions makes it accessible to people in many regions.

When Cortez encountered the Aztec people, one of his crew noted that they would collect cyanobacteria that grew on the lake (they said it was like ooze), shape it into cakes, and bake it. Apparently, it tasted like cheese.

Unlike turmeric which has a low bioavailability, spirulina is packed with amino acids that are easily absorbed by the body.

This might be why NASA has considered sending it into space with astronauts—it is easy to grow and is rich in nutrients without taking up much space.

Thanks to spirulina’s thin cell walls, the body can absorb much more of it when digested. Just a 100mg serving of this nutrient contains about 6g of protein, similar to the amount found in eggs.

Like turmeric, spirulina is an antioxidant that helps protect the body against free radicals. However, this supplement has also shown an ability to slow down cancers and even help them into regression.

There is no consensus on whether or not spirulina can be used to fight cancer. There’s also no risk in taking it as a daily supplement.

Because spirulina has anti-inflammatory properties, it helps to keep the body in balance. This also has the added effect of avoiding some of the conditions where cancer can flourish.

Should You Take Turmeric & Spirulina?

While the FDA has not approved these supplements for clinical medicinal use, its benefits are known throughout the world. Turmeric and spirulina offer promising benefits with little to no risk, which is why many people take them daily.

Coupled with cannabidiol (CBD) in an edible gummy, turmeric and spirulina combine to help calm nerves, reduce pain, and promote healthy brain function. For anyone looking to round out their daily routine, these two should be on your radar.

Where to Buy Your Supplements

If you’re ready to take the plunge, the first thing you should do is find a reputable vendor. With a cyanobacterium like spirulina, it is crucial that your supplement contains only what you want and nothing more.

Taking spirulina contaminated with microcystins can cause long-term liver damage, nausea, and even death. To avoid these dangers, you should know what you’re buying.

Find a vendor that provides lab reports about exactly what is in their supplements. Professional testing labs only issue their approval once a product meets their standard of excellence.

This means you’ll know what’s in your supplement, and you’ll know it will do what it says.

Ready to explore supplements with turmeric and spirulina?
Check out our daily CBD gummy by clicking here.